WOMEN OF THE BIBLE WEDNESDAYS

I am beginning what I want to call "Women of the Bible Wednesdays". This is my first try at writing something like this and I hope I am on target. This is the Bible according to Betty and what God shows me.
Deborah – One Gutsy Girl
I am fairly sure that when Deborah was growing up she did not plan on being a ruler of Israel. She grew up just like all the other young girls in Canaan. She had chores that had to be done in her father’s house. And then in the house of her husband, Lappidoth.
But, Deborah was more dedicated and concerned about her country than most young women. She was also dedicated to God and loved Him deeply. God recognized this quality in Deborah and He set her apart for better things.
Deborah became the fourth and the only female judge of Israel. She was known in all the land for her prophetic power and her abilities as a mediator, advisor and counselor. When she was called on to lead she did not hesitate and she was able to plan, direct and participate in whatever her people were engaged. She was influential with her people and encouraged them to live their life for God.
When she called on Barak and told him “The Lord, the God of Israel, commands you: ‘Go take with you ten thousand men of Naphtali and Zebulun and lead the way to Mount Tabor. I will lure Sisera, the commander of Jabin’s army, with his chariots and his troops to the Kishon River and give him unto your hands.’”
Barak said, “‘If you go with me, I will go; but if you don’t go with me, I won’t go.’” Deborah then told him she would go but she would receive the honor not him. And, Sisera would be handed over to a woman. From what I can understand Barak did not want to go to battle against Sisera and his 900 iron chariots because it may have been futile in his eyes.. But Deborah had no problem, she knew what to do because God was giving her constant direction, even before the battle began.
Sisera heard about the attack and took his men to a dry river bed (AKA – The low road). While they were there the river began to flood and the chariots and horses were caught in the mud and drowned. Others were killed by the sword. Sisera escaped on foot and went to the tent of Jael. He felt it would be safe for him to hide in a woman’s tent because men were not allowed to enter. To make a long story short Jael killed Sisera with a tent peg and later gave his body to Barak.
If I close my eyes I can see Deborah standing on a mountain top directing and positioning the troops and telling them when where to go. If Deborah had lived in the South we would say “She was one gutsy girl”.
After the battle was over and victory was claimed by Deborah what did she do? She wrote a song about the battle, the victory and her faith in God. The song is found in Judges 5.
Deborah was ahead of her years in history and she is one woman you don’t hear a lot about. That is the way she wanted it to be. Deborah wanted the victory and glory of the battle won to go to God not her or to Barak.
You can read more about Deborah in Judges 4 and 5. Take time to get to know her – you will be glad you did.
Enjoy your day and your flowers. 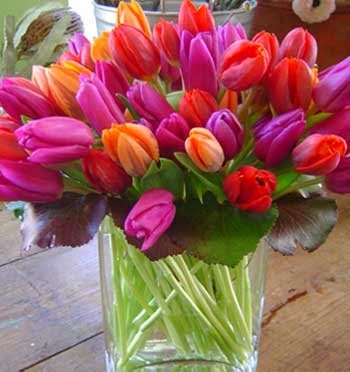 If you wish to take 3D printing into your individual hands, we advocate, the 3Doodler Create Plus. This handheld pen enables you to create 3D objects as easily as you would with a normal pen and Heater paper. But the Photon Mono X helps convey down price of|the worth of} this course of without forcing you to make too many compromises.