Most of you have probably seen the Crestor commercial on tv – the one where the woman leaves the doctor’s office dancing and giving everyone high fives.  Well, that was me early today when I left the doctor’s office.  I even let out a ‘Yes, Lord’ while I was in the restroom (didn’t realize there was someone in the other stall, she just laughed and congratulated me).  When I walked out of the building I was singing and Bob was waiting at the door to give me a high five.
Dr. Chakka said that my EKG was perfect and when I told him that I have been off heart meds for 10 days he said it was really perfect.  He could not believe that I was already off meds and doing so well.  We talked for a long time about the surgery, doctor and the hospital in Austin.  He does like sending his patients away for treatment.  He would rather keep them close and treat them himself.  But it all boils down to funding.  He has seen the mapping equipment at St. David’s and it cost $2,000,000 and they have eight of them.  He feels that St. Vincent’s could become a viable competitor in the cardio surgery, if the funds were available.  He is going to request for the St. Vincent’s chef to go to St. David’s and observe how they handle their heart diet food to make it so good.  Did you know that Arkansas is 49th in payback for Medicare in the United States?  It is based on per capita income and that puts at the bottom of the heap.  This isn’t fair to the people of Arkansas but that is mandated by Washington.  Okay, I’m off my soap box.

I really don’t know who was more excited today Dr. Chakka or me.  He looked at my records and the first attempted ablation was eight years ago and technology has changed so much that what aborted the ablation would be dismissed today.  He has been inside my heart three times and each time was different.  He wants to see me in nine months just to see how I am doing and after my appointment and tests in November.  After that once a year check ups.

On the way to Little Rock, Bob and I were talking about how many trips to Little Rock we had made in the last 15 years and they were too many to count because some were weekly at one time.  And the amount of money spent on medications, we could go on a really, really good vacation for at least a month.

God is so good and I am a walking, talking, breathing, praising the Lord proof that He is not just good some of the time but all of the time.

Enjoy the rest of your day and take time to enjoy all that God has created. 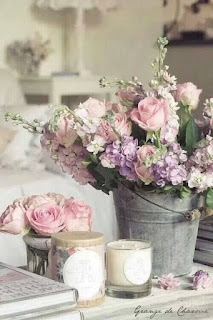 Betty.... I want to come and dance with you!!!
Wow! This is more than exciting. God has done a great thing. Now... watch out... he's going to be using you in ways you never imagined. {{hugs}}

I am trying to figure this blogging and website thing out. Having trouble with FB. I want to delay posts are FB won't let me. Satan just keeps trying to stop me. He will not win because the One who is in me is greater than he can ever be. I would love for you to come dance with me. How is Tim's new job going? Still praying for him.